In Uganda, persons with psychosocial disabilities face discrimination on every front – in school, in the workplace, and even within their own families. In “One Voice,” 2021 DJP Fellow Esther Suubi provides an intimate look at the toll this discrimination can take, especially on women. She interviews a student with epilepsy who was shunned by others who feared they’d “catch” her disease, and she profiles a schoolteacher who had to leave her job because her colleagues refused to provide accommodations. “One Voice” is also a story of hope as these women join together as part of Triumph Mental Health Support and Recovery Program’s network of inclusion. *Video includes audio descriptions for blind and low-vision audiences. *Read along by clicking the cc button on your YouTube player.

Transcript for One Voice

The video starts with a black screen and soft piano music.

Fade to Gorret Namwanje, a young Ugandan woman and self-advocate at Triumph Mental Health. She wears an orange T-shirt, has braids in a ponytail, and sits in a blue plastic chair in a room. An informational poster hangs on a wall behind her.

Fade to Gorret Namwanje sitting in the room and speaking to the camera: “My name is Namwanje Gorret. I’m at advocate in Triumph Uganda Mental Health Support and Recovery Program. I’m having a psychosocial disability. I joined a vocational institute, and I’m also Guild president.”

Cut to Namulondo Irene, a Ugandan woman with a short afro wearing a purple dress. Namulondo is a teacher by profession and is now a cleaning lady. She sits in a blue plastic chair outside and speaks to the camera in Lagunda: “My name is Namulondo Irene. I am 38 years old. I do stay in Mbiko. I am a hard-working lady with a family and children.” Leaves are in the background.

Cut to Nambala Hilda Mpandi, a Ugandan woman with a pulled-backed hairstyle who wears an orange patterned dress. Mpandi, a mother and teacher of a nursery class, sits in a blue chair outside a brick building and speaks to the camera in Lagunda with hand gestures: “My name is Nambala Hilda Mpandi. I stay in Jinja, in a place called Musiima, and I have four children.”

Cut to Namwanje sitting in the room, “I studied and completed my senior year, and now I’m on a vocational institute, doing a course of hairdressing.”

Cut to Namwanje and a Ugandan woman wearing a headscarf. They both plait a young Ugandan woman’s hair in a room while two other Ugandan women sit on a bed on the left and observe. A third Ugandan woman sits on another bed in the background. Namwanje’s voiceover continues, “I’m able to cope up with the psychosocial disability.”

Cut to Namwanje speaking, “I left school because ever since I joined Triumph Mental Health Support and Recovery Program they have been giving me advice, counseling me, on how I could stay with a psychosocial disability.”

Cut to a slow-motion shot of Irene opening a door and stepping outside. She sits in a brown chair on a porch. Irene’s voiceover says, “First and foremost, I’m a teacher by profession. I taught years back before getting the mental health challenges that I have right now.”

Cut to Irene sitting outside, “It then became difficult for me to teach because the medicine I take would make me sleep. I need to have children to teach, so I decided to stop teaching and started to work for an organization that deals with electricity.”

Cut to Mpandi sitting in a blue chair outside opposite another Ugandan woman at a table who wears an orange headscarf and a dark blue patterned dress. They both converse. Mpandi voiceover says, “I got this mental health challenge in 2004.”

Cut to Mpandi sitting outside and speaking with hand gestures, “I hadn’t yet started working as a teacher.”

Cut to a pull-out shot of Mpandi speaking to the woman at the table, Robinah Alambuya, founder of Triumph Mental Health. Mpandi’s voiceover continues, “My husband was working as a driver at Wairaka College and passed on in 2003. The workers at the college created for me the opportunity to work as a tea lady. And as I served the teachers, that is when I got a mental health challenge.”

Cut to Namwanje speaking, “Because at school I’m the only person having psychosocial disability I know how to control myself, what I should do, and what I should not because now I’ve taken a long time with it and I know the signs.” The piano music fades out.

Cut to Irene speaking, “I work as a house cleaner. In case there are visitors that have come, I wash for them, mop, iron their clothes. That is it basically.”

Cut to a slow-motion shot of Namwanje walking outside with another Ugandan woman. The other woman has shoulder-length black hair, holds a white shoulder bag, and wears a black blazer over a multi-colored patterned dress. Namwanje’s voiceover says, “There is a day I was ill and I had not told my dormmates.” Birds chip off-camera.

Cut to a slow-motion shot of Mpandi walking toward a brick house with Alambuya and a rooster crowing off-camera. Mpandi’s voiceover says, “But I have challenges with my daughter, Adonai Jane Mpandi, who has challenges in her mental health.”

Cut to Mpandi speaking with hand gestures, “That because I went through such a phase, I try my best to help control some situations that she experiences.”

Cut to a slow-motion shot of Mpandi and Alambuya entering a brick house. Mpandi’s voiceover continues, “I usually encourage her to keep at home and not to talk too much, if possible.”

Cut to Irene speaking with hand gestures, “When I used to teach I faced a lot of challenges. I had to make the scheme of work, lesson plan daily, and also to deal with the children. Due to the medication, I would sleep. But when I changed the job, there was minimum supervision. I am not working with many people, so it is easier for me. When I arrive, I wash if there are clothes to be washed.” Guitar music plays in the background for the duration of the video.

Cut to a close-up shot of someone mopping hardwood floors. Irene’s voiceover continues, “Mop, then iron, and finally, head back home.”

Cut to a close-up shot of someone wearing an orange shirt and ironing a beige shirt on an ironing board.

Cut to a push-in shot of wooden desks and chairs in a classroom. Irene’s voiceover continues, “Where I worked as a teacher, every mistake that was made was always pinned on me.”

Cut to Irene speaking, “For example, if I was on duty with a colleague, they would leave all the work for me to do. And if I missed out on doing some of the work, I was reported and accused. In class, we were usually three teachers, but due to the sleeping issue, my other colleagues wouldn’t understand, so they would report me to the head teacher and he would complain as well as threaten to fire me. I would be on tension and even lose sleep due to the stress, making me want to go back to hospital and yet I am on medication.”

Cut to a push-in shot of Namwanje and a Ugandan woman plaiting a young Ugandan girl’s hair, surrounded by three other Ugandan women who observe. Two of the three women who watch the plaiting sit on a mattress and talk to each other. Someone off-camera, on the left, touches the head of the third woman on camera. Namwanje’s voiceover says, “When I got ill, it was a weekend. It was a Sunday. I was plaiting someone’s head, and we were like four hairdressers on it. It was the first month when I joined the school. I started plaiting. I told my friends, ‘I’m not okay. Please help me. Take me to my dormitory.’”

Cut to Namwanje speaking, “I fall down, knocked my head in the stone, I told them. Then I could talk. I was having some energy, and I wanted to even work. But another one, the one who was moving on a wheelchair, she’s the one who came to help me. The others, they were just laughing at me.”

Cut to a close-up shot of Mpandi speaking.

Cut to Mpandi speaking with hand gestures, “I gained the courage to speak up. I have a mom in Mbiko called Rachel Namuwaya. She encouraged me not to despise myself because this is almost like any other disease.”

Cut to Mpandi standing up from a blue chair at a table outside and hugging Alambuya. Mpandi’s voiceover continues, “Also Mum Robinah [Alambuya] gave me psychosocial support and say that I will still be able to work.”

Cut to Mpandi speaking with hand gestures, “Despite the mental health challenge. With time I was able to start up this school called Sitanist.”

Cut to images of swirling mathematical symbols, equations, and numbers on a blackboard.

Cut to a close-up shot of someone picking up white chalk and drawing a line on a blackboard surface. Mpandi’s voiceover continues, “I was in shock because I couldn’t believe that something good would come out of me.”

Cut to Mpandi speaking with hand gestures, “All thanks to my mothers.”

Cut to Namwanje speaking, “Another day, they told us to plait hair when the teacher was around. They started laughing at me, that that girl has epilepsy. Don’t be near her. When you jump on her urine, you will get the sickness.”

Cut to a close-up shot of Namwanje speaking, “It’s made me to start advocating.”

Cut to Namwanje speaking, “My fellow students here at school to know more about psychosocial disability.”

Cut to black text on a yellow screen that says, “‘If disability is one of the great human rights challenges of this century, then within this, psychosocial disability remains one of the most challenging and misunderstood areas of disability.’ – Paul Deany, DRF Program Officer.”

Cut to Mpandi speaking with hand gestures, “To all those that have mental disabilities or other disabilities should not be segregated because they are blessings. They should also not despise themselves but encourage each other and trust in the Lord and pray to him because he has the reason as to why they are the way they are. And he will use them to do whatever he wishes for them to do.”

Cut to a black screen.

Fade to a black screen.

The guitar music fades out. 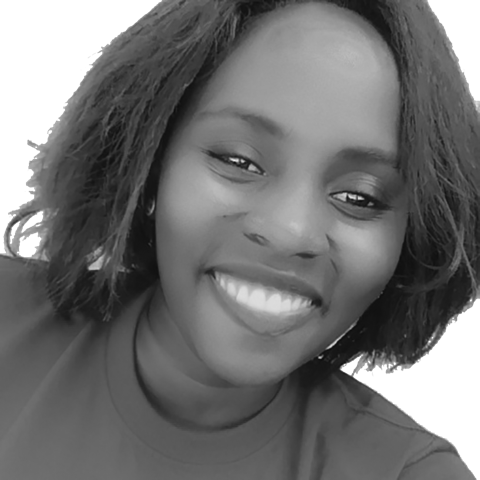 Esther Suubi from Uganda is a recent graduate from Uganda Christian University with a bachelor's degree in mass communication. She is a person with a psychosocial disability and an advocate for young girls' and women's voices. Suubi is also a peer educator at Triumph Mental Health Support and does work with the organization's communications team. 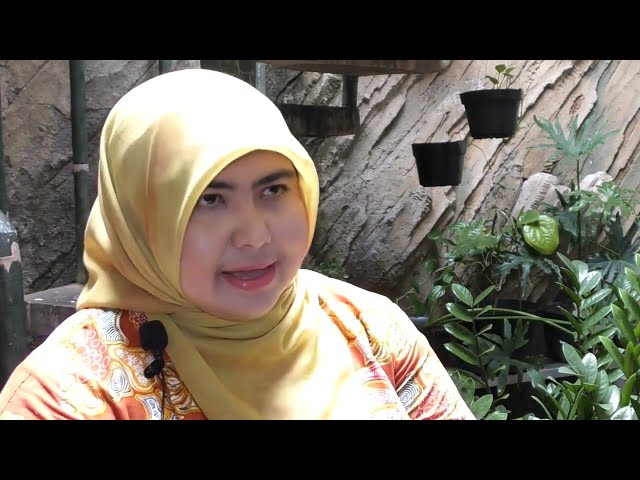 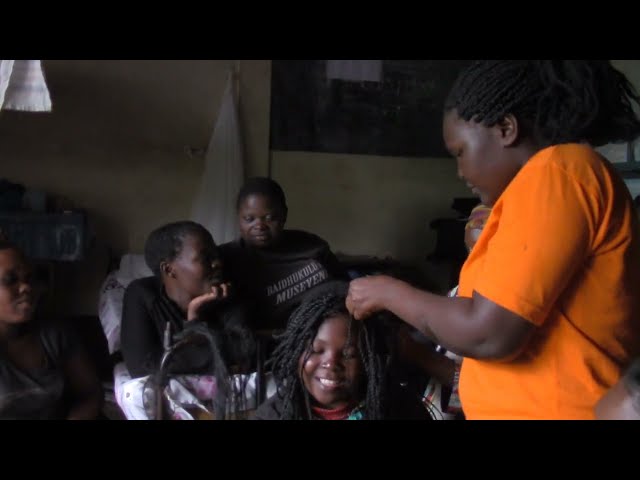 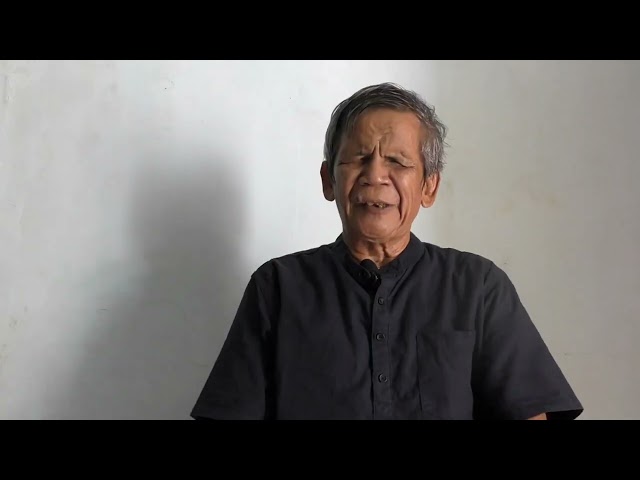 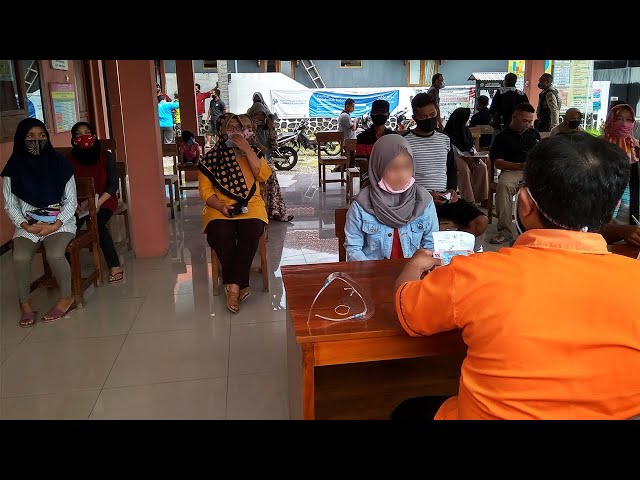 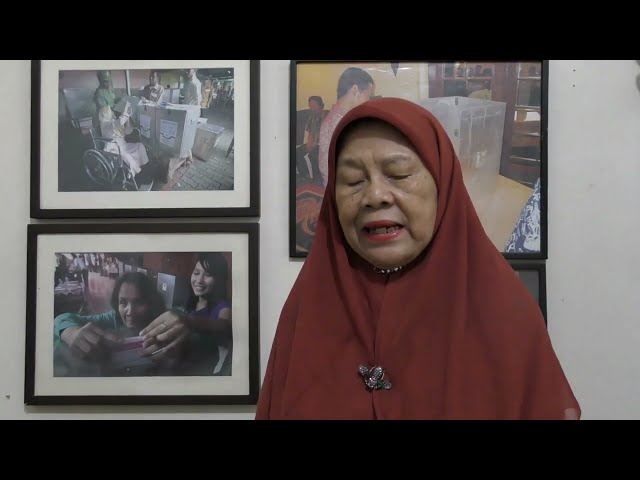 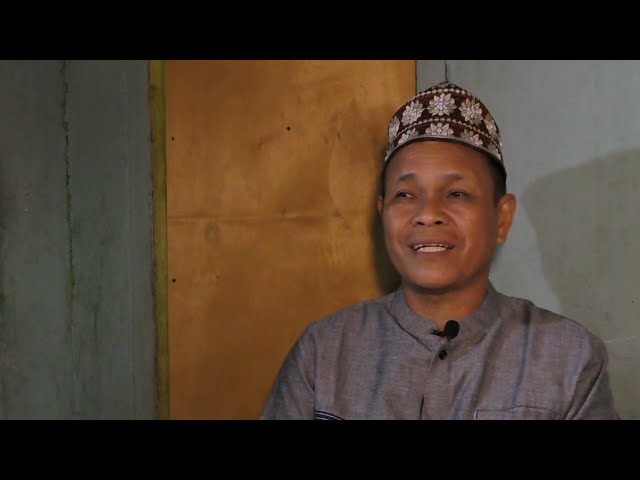